Dr. Helms grew up in San Diego and then spent 11 years in Davis, receiving his Bachelor's Degree in 2004 and DVM in 2010. In 2003, he received All-American honors while racing for UC Davis, placing fourth in the 3000-meter Steeplechase at the 2003 NCAA National Championships. He currently races off-road triathlon and cross-country mountain bike races. His first 4 years in the profession were spent in Mendocino County, practicing all aspects of Veterinary Medicine due to the rural nature of the area. In his spare time, he enjoys fishing with his son and any outdoor activity with his family. Dr. Helms's professional interest lies in surgery, specifically Orthopedics. Dr. Helms lives in Santa Rosa with his wife Jessica and their three children, Jackson, Ryder, and Maeanna. 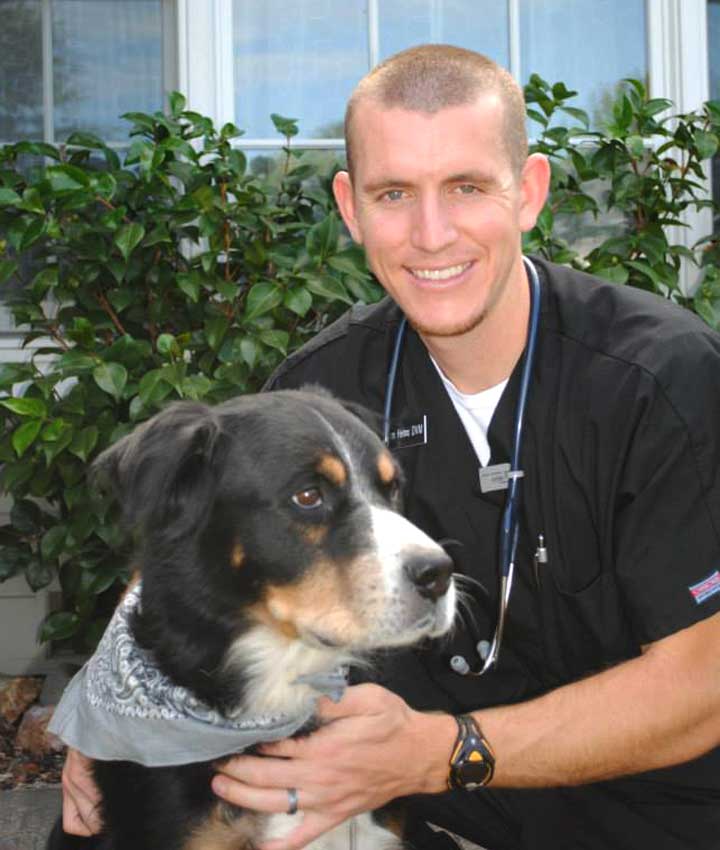